On November 11, 2021, members of the LUMS community gathered on campus to inaugurate the Syed Dilawar Abbas Tennis Courts. The new courts feature a tennis wall for practice, as well as a cushioned surface that give players more accuracy, less slippage and less risk of injury. This new state-of-the-art facility has been made possible due to a generous donation by the family of the late Syed Dilawar Abbas. 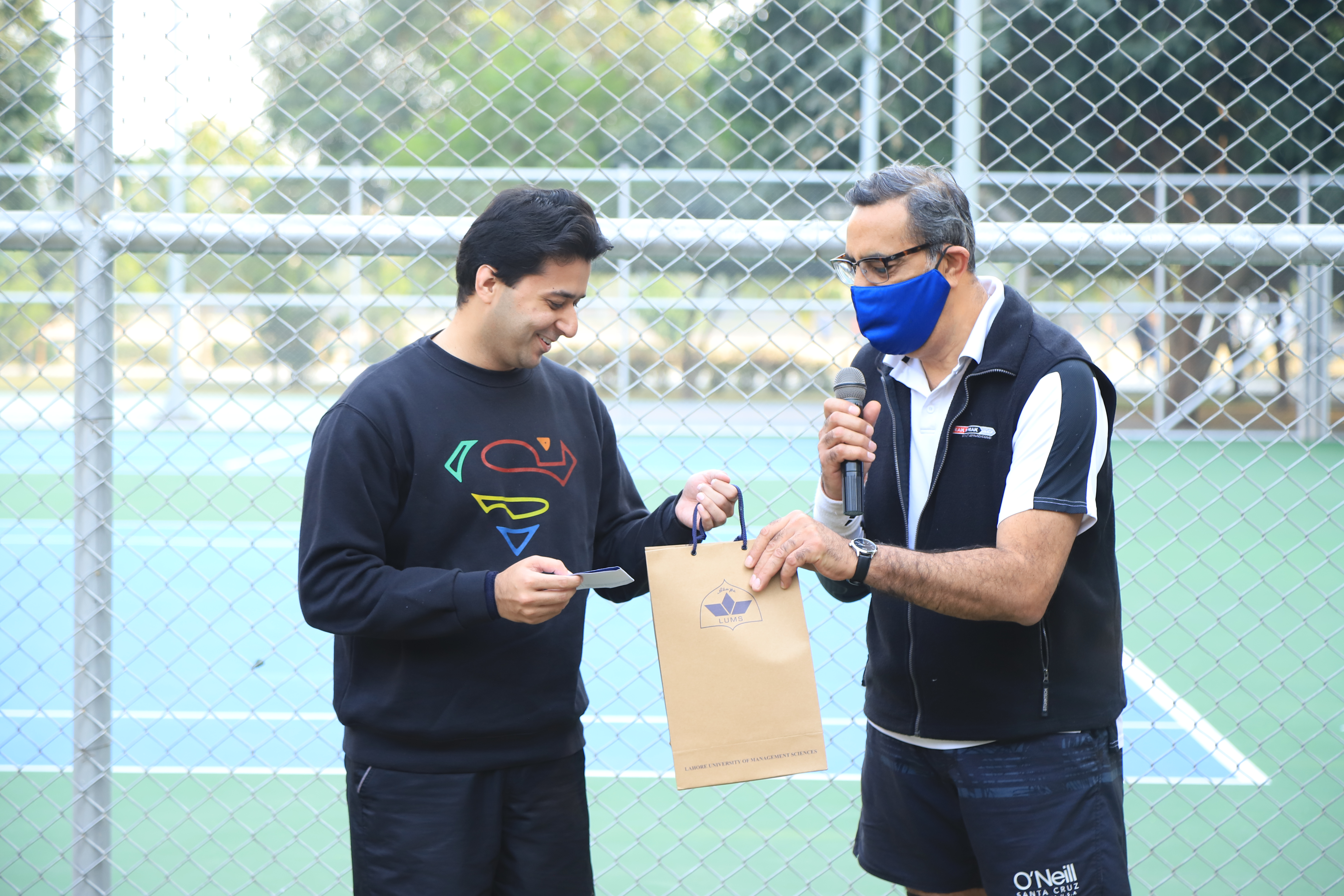 Dr. Ahmad extended his appreciation to Mr. Abbas’ family for their generosity. “Your dedication, support and commitment to students getting involved in sports is unparalleled. We are really grateful,” he said.

Mr. Hussain also expressed his thanks and said, “It is encouraging to see the promotion of an activity that is not only a healthy sport but has a lot of viewership as well. I’m sure our young tennis players and members of the sports association will keep these courts busy!”

“It is our privilege and honour that the memory of the elder of our family, Syed Dilawar Abbas, is preserved here at LUMS. I’m sure he would be very happy,” shared Mr. Murtaza. He also noted that while supporting cricket is important, equal attention should be given to promoting other sports in the country as well.

Fatima Mirza (BSc Economics ’22), Vice President Training and Development at SLUMS, shared her excitement about the inauguration, and said, “This will encourage students at LUMS to try a sport other than cricket or football. We have a lot of good players, and now they can practice here. Since a lot of faculty members play tennis, it’s also a great opportunity for us students to bond with our instructors.”

This new facility is an exciting addition to the LUMS campus, of the LUMS community can safely try their hand at tennis and discover a new hobby.