Presenting the Winners of the Vice Chancellor's Alumni Achievement Awards 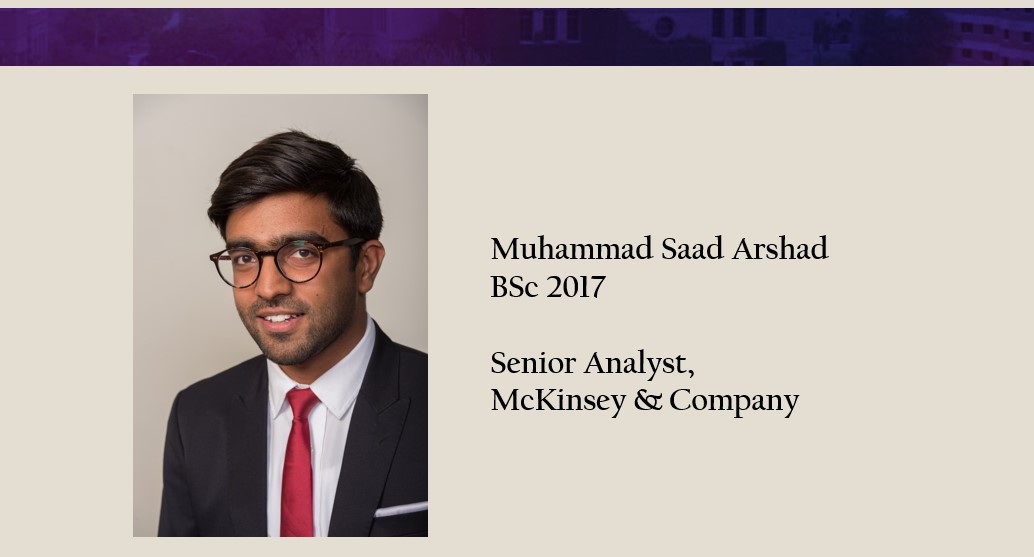 With a passion for solving global problems and creating impact, Arshad has worked in multiple areas, including public education, refugees, skills and employment, and economic development. He is currently working at McKinsey & Company and was recently helping operationalise an agriculture reform initiative that improves Pakistani farmers’ livelihoods through innovative digital and financial solutions. Arshad is an Acumen Fellow, an Unusual Pioneers Fellow, and holds an MPA from Syracuse University through the Fulbright Scholarship. Arshad loves to travel, is a long-suffering supporter of the Arsenal Football Club, and claims to make the best omelettes ever. 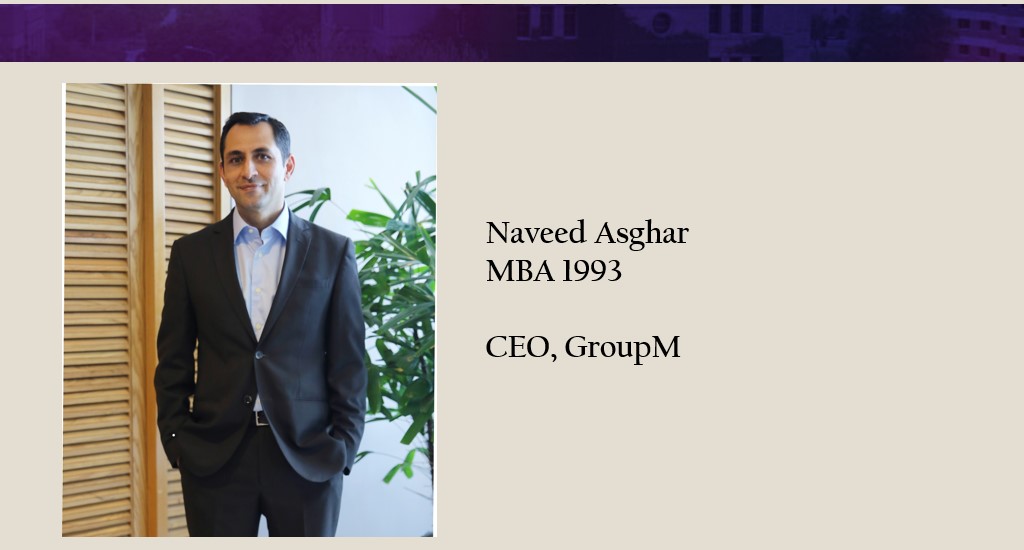 Asghar is a business leader with 28 years of experience with some of the leading blue chip multi-national companies (the likes of Unilever, Coke etc.), across Pakistan, Middle East, Africa, and CIS markets. He is a strategic thinker and takes pride in building some of the highest voltage brands and teams. He is currently the CEO at GroupM, the leading media investment house in the country and prior to this, he played an instrumental role as the Chief Marketing Officer at HBL to reinvigorate the brand and is the architect behind the roaring success of HBL Pakistan Super League (PSL), which has become the pride of Pakistan. This platform unites the nation - no matter which franchise wins, Pakistan as a nation is a winner. Asghar has also shown exemplary leadership as he has turned around GroupM over the last two years. He has been a strong advocate for LUMS and is also a part of the current Alumni board. 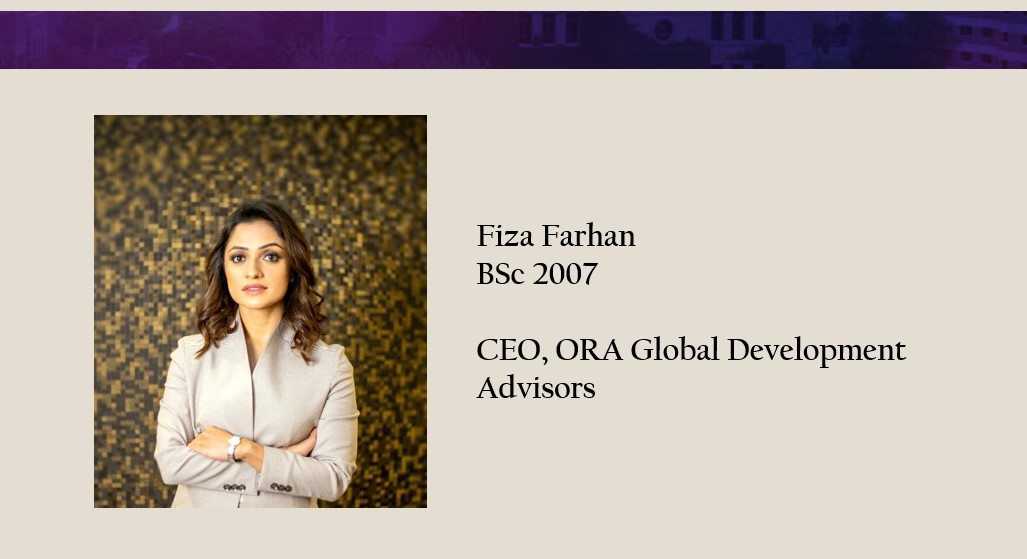 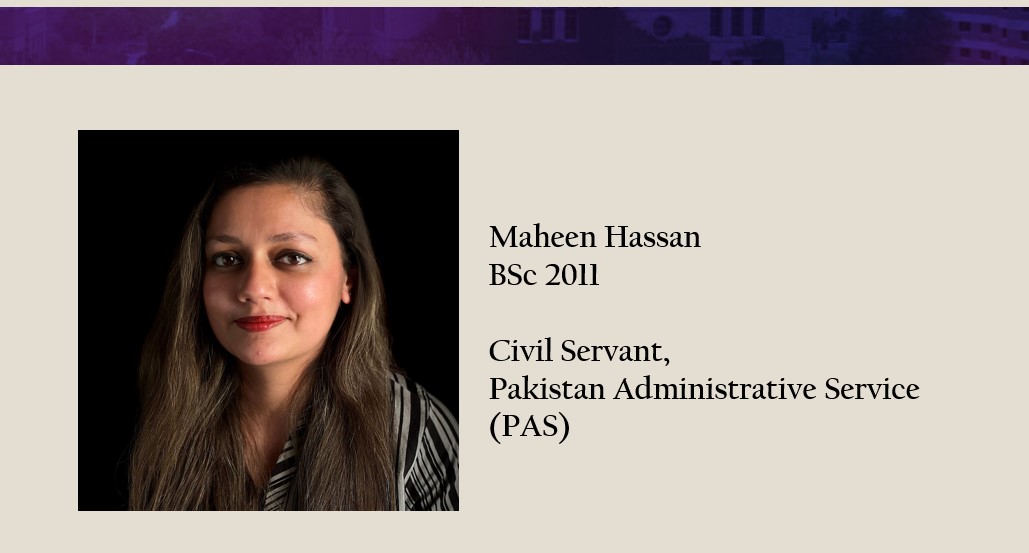 Hassan completed her undergraduate in Politics and Economics from LUMS in 2011 and an MPhil in Political Science from Government College University Lahore in 2015, and worked as a Research Assistant at her alma mater and the Urban Unit (Govt. of Punjab) before passing the CSS exam and joining the civil service in the Inland Revenue Service stream in 2013. Hassan has experience of 8 years in tax administration and policy. She topped the Central Superior Services (CSS) exam of 2020 and joined Pakistan Administrative Service in November 2021. Hassan is a mother of one, and lives with her family in Lahore. Her hometown is Bhakkar, and she is currently undergoing training at the Civil Services Academy, Lahore. 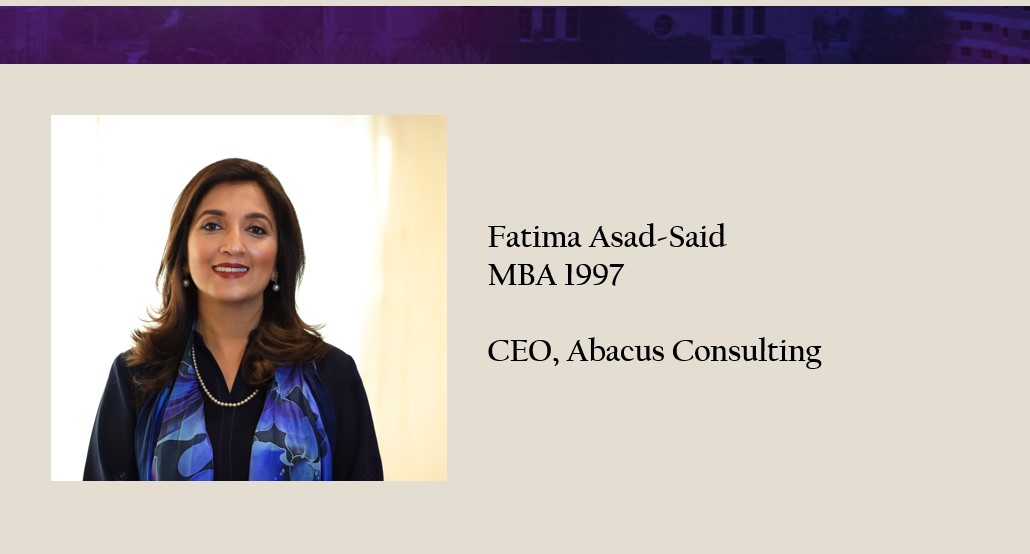 Asad-Said is an integral member of the top leadership at Abacus Consulting, a leading international professional services firm. Her experience of over 24 years embodies thought leadership and delivering progressive solutions in corporate governance, digital transformation, strategic change, and project leadership across multiple sectors and industries. She started her career with Coopers & Lybrand International and then PricewaterhouseCoopers. Her leadership journey includes serving on various Boards as an independent director such as Faysal Bank, Kashf Foundation, Bata Pakistan and Kaarvan Crafts Foundation. She is also on the Board of Trustees at LUMS. She is a member of the Harvard Corporate Directors, Diversity and Inclusion Hub Leadership Council, and Women Executives on Boards forums. 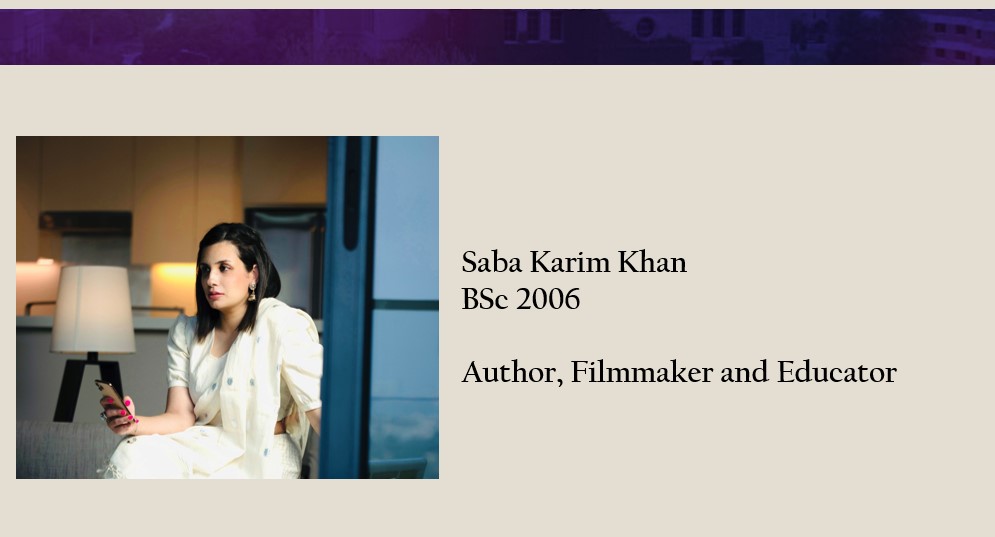 Khan is an author, award-winning filmmaker and educator, whose writing has appeared in The Guardian, The Independent, DAWN, Wasafiri, Huff Post, Verso, Think Progress, etc. Her debut novel, Skyfall, was published by Bloomsbury and her documentary film, Concrete Dreams: Some Roads Lead Home, produced by the Doha Film Institute (DFI), has been officially selected and won awards at global film festivals in NYC, Paris, Berlin, Toronto, USA, Sweden and India. She has read Social Anthropology at the University of Oxford and works at NYU Abu Dhabi. Before joining the Academy, she worked as Country Marketing and Public Affairs Head at Citigroup. Born in Karachi, she now lives in Abu Dhabi with her husband and two daughters. 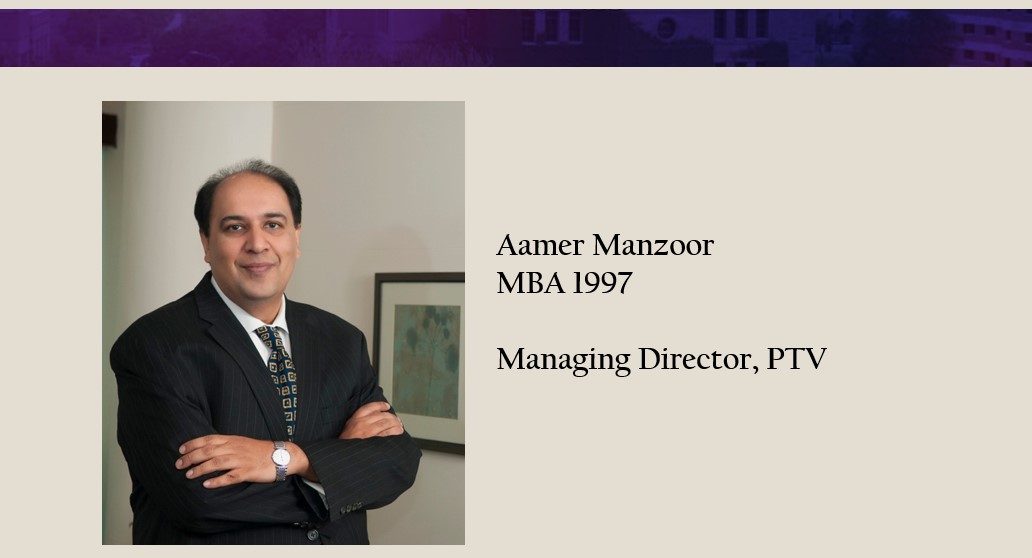 Manzoor has 25 years of experience managing and building high growth companies in the internet, ICT and telecom domains. He is one of the pioneers in bringing broadband internet into Pakistan. He founded an extremely successful Internet Service Provider, WOL in Pakistan that was acquired by Orascom Telecom//VEON Group, the largest integrated telecom group in the region. He helped Jazz launch its 3G/4G services in Pakistan. Manzoor was also the co-founder of RISEPAK, which in 2006 won the Stockholm Challenge Award, also known as the Nobel Prize of IT, in Public Administration. Three years ago, Manzoor joined PTV as its Managing Director and successfully turned a bankrupt PTV into a profitable State Owned Entity with its sports channel becoming the No. 1 channel and its entertainment channel being in the top 5 entertainment channels. Manzoor also holds a Master’s degree in IT from Harvard University. 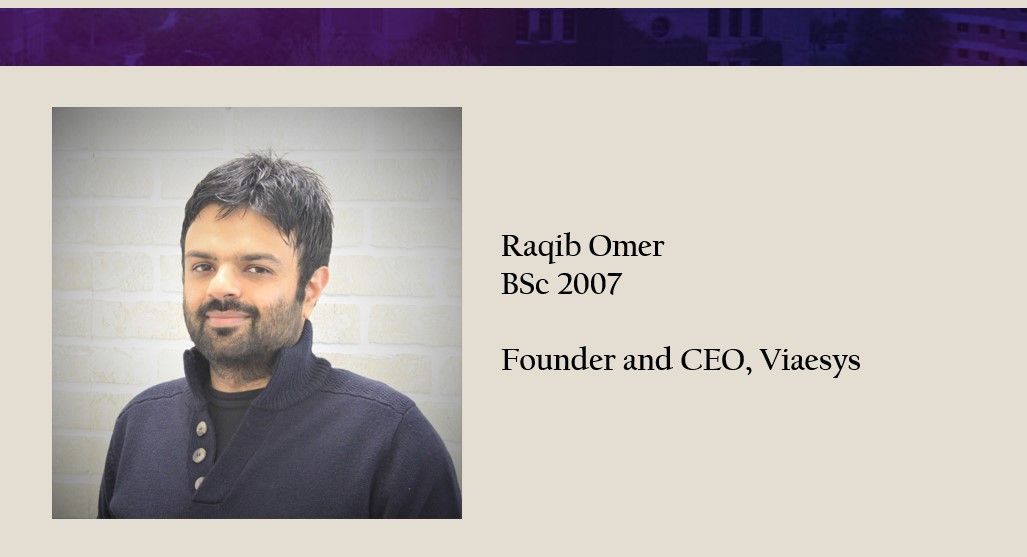 Omer pursued graduate studies in sustainable technologies, and extensively researched the area of salt usage for maintenance of roadways during winter time. He founded Viaesys, a technology company that develops sustainable solutions, while he was a student at the University of Waterloo, and has since launched multiple solutions in this domain that have become a noteworthy commodity for both local municipalities and environmentalists in general. The technology directly contributes towards saving hundreds of thousands of tons of salt from being over-applied and contaminating groundwater forever. Viaesys technology is currently being used at Walmart, Amazon, and several government facilities across Canada and the USA. In 2019, he was invited for an exclusive meeting with the Pentagon officials, regarding the implementation of his technology in different states of USA. Omer continues to serve his home country by working in collaboration with his team of developers in Pakistan. 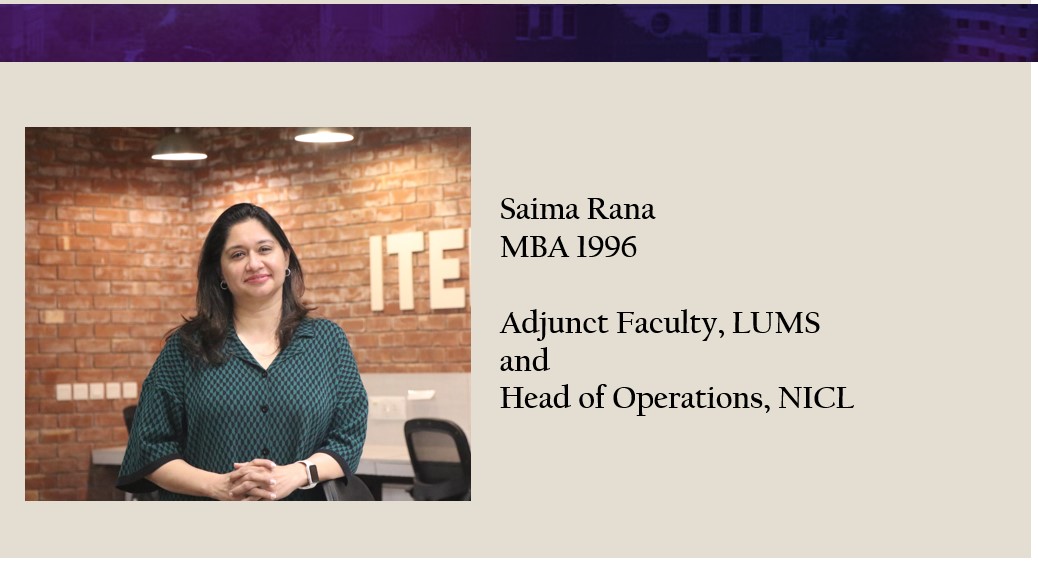 Rana wears many hats within the LUMS system, working as both, a faculty member and as the Head of Operations at the National Incubation Centre Lahore (NICL). At NICL, she has paved her way to a primary leadership role in just a year and a half, having started initially as the Director for Learning and Development. In this portfolio, she steered the curation of the NICL Foundry Programme i.e., a boot-camp style mini-MBA training for entrepreneurs to develop their ideas into investor-ready business plans. She has also directed an academic collaboration with the University of Saarland, for the development of a pre-incubation course, Entrepreneurship 101. Under her leadership, NICL launched the first Pakistani cohort in the Stanford Seed Spark Programme, with an NICL-backed start-up winning in South Asia. Rana has been a post-secondary Business Management instructor for over 14 years with a focus on entrepreneurship, marketing, merchandising, and consumer behaviour. 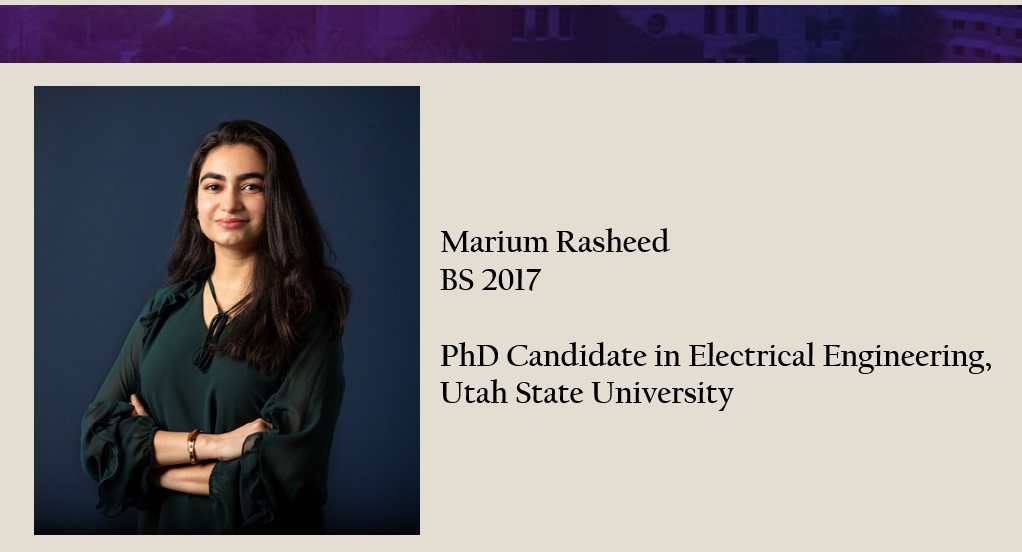 Rasheed is an electrical engineering PhD candidate at Utah State University (USU). Her research focuses on modelling, design, and control of high efficiency and high-power density DC-DC power converters for electrified vehicles, roadway infrastructure, and energy storage systems. Her work emphasises the development of sustainable technology to ensure energy access, security, and justice. Her contributions significantly impact the community and Pakistan by making low-carbon modes of transportation more affordable for the public. She has received several international awards, including the Best Oral Presentation Award at the IEEE APEC 2021 conference, the 2021 Outstanding Doctoral Student Researcher of the Year in the Department of Electrical and Computer Engineering at USU, and the 2022 Outstanding Engineering PhD Scholar of the Year, among others. She is the first woman from Pakistan to have been awarded the Atlantic Council Global Energy Center's Women Leaders in Energy and Climate Change Fellowship in 2021.